Driving The Need For Digital Transformation

In light of recent events regarding the UK’s ‘Pingdemic’ catastrophe – where a record 600,000 people were ordered to self-isolate by the NHS Covid-19 app – the need for more agile, flexible, and technologically innovative logistics solutions couldn’t be greater.

Posing a threat to food and fuel supplies, the ‘Pingdemic’ has caused disruption of unprecedented scales with staffing numbers taking significant hits that has impacted the operations of market-leading businesses.

In the week to July 14, the number of “pings” from the Test & Trace app rose by about 17 per cent when compared to the previous week. Consequently, the order of self-isolation to anyone who has been in close contact with someone testing positive for coronavirus has led to a shortage of lorry drivers. Whilst this was already a pertinent issue, the Road Haulage Association (RHA) recently estimated there is an overall shortfall of around 60,000 with around 30,000 HGV tests being cancelled last year due to the pandemic. Additionally, many believe that the effects of Brexit have been a contributing factor to reduced driver numbers, where around 25,000 truckers were forced to return to the EU with little incentive to return – yet seemingly won’t solve the problem overnight.

As a response to this shortfall, the government offered a temporary extension of lorry drivers’ working hours to offer flexibility as drivers could make slightly longer trips, which was ultimately met with a backlash from the industry. Described as applying a “sticking plaster” to driver shortage issues, industry experts called upon the government to offer more support and a more concrete plan of how to overcome the bottleneck of HGV driving tests. Furthermore, the RHA believe that the extension of drivers’ hours would be counter-productive by making lorry jobs less attractive and posing potential road safety issues – citing limited driving hours being one of the key aspects of ensuring drivers are not exhausted at the wheel.

Due to the strain on lorry drivers who have worked tirelessly through the pandemic, frustrated hauliers have recently planned a nationwide strike over low pay and poor working conditions. With over 3,000 drivers already committed to the “stay at home” action scheduled for 23rd August, it’s hoped that further impacts to food shortages and supply chains would prompt action from the government to improve working conditions. However, interestingly, the RHA have advised against the strike stating that it would make a “bad situation worse” and exacerbate the issues already faced by driver shortages. As fears continue to rise, popular supermarkets facing severe shortages have requested that suppliers make extra payments to cover the costs of rising wages in a sign of desperation to offset depleted driver numbers.

Digital Transformation of the Industry

Given the problems faced as a consequence of driver shortages, the logistics industry stands at a pivotal point whereby digital transformation needs to be embraced to ensure the long-term success of supply chain operations. One of the biggest challenges facing the industry at present is the lack of automation, meaning that the number of manual processes needs to be reduced with digital adoption. However, an obstacle of this is that the lack of technical knowledge makes adopting a new method of working difficult.

In a study conducted by transport management software provider, Mandata, it was found that 55% of its customers have been able to save 10 hours a week on manual job entries by implementing a transport management system. However, while digital innovation will certainly assist with streamlining the delivery processes of suppliers and increasing efficiency, this doesn’t necessarily assist with combatting driver shortages. Despite this, by implementing further digitisation into the planning and allocation of work within vehicle fleets, the number of vehicles and drivers required to complete the same work that is currently planned manually could be significantly reduced. Additionally, through data sharing, the industry could cut empty mileage and potentially support each other in resourcing while a solution to the current shortage is devised.

Another initiative to bridge this gap comes in the form of technology companies, such as DeliveryApp, who leverage self-employed couriers and lorry drivers to fulfil deliveries. With a vast number of UK based couriers already signed up, their driver network is consistently increasing to provide an on-demand solution that focuses on evolving with ever-growing needs of consumers.

In an effort to provide a more agile and flexible alternative to traditional courier firms and pallet networks, DeliveryApp is a user-friendly app that aims to simplify the delivery process – from booking, to tracking and fulfilment. Moreover, DeliveryApp seek to disrupt the industry to provide an ethical platform for both drivers and customers – giving businesses the opportunity to harness digital technology and presenting couriers with a fair platform to complete work.

In summary, there is no shying away from the fact that lorry driver numbers are dwindling and job satisfaction is at an all-time low following the complications of the pandemic, innovative digital solutions aim to transform an industry in dire need of reform. Whilst one of the major challenges of suppliers and drivers in the industry is digital adoption, there is no better time than now to embrace the benefits of app-based platforms that can help to transform the industry and minimise the impact to supply chain operations. 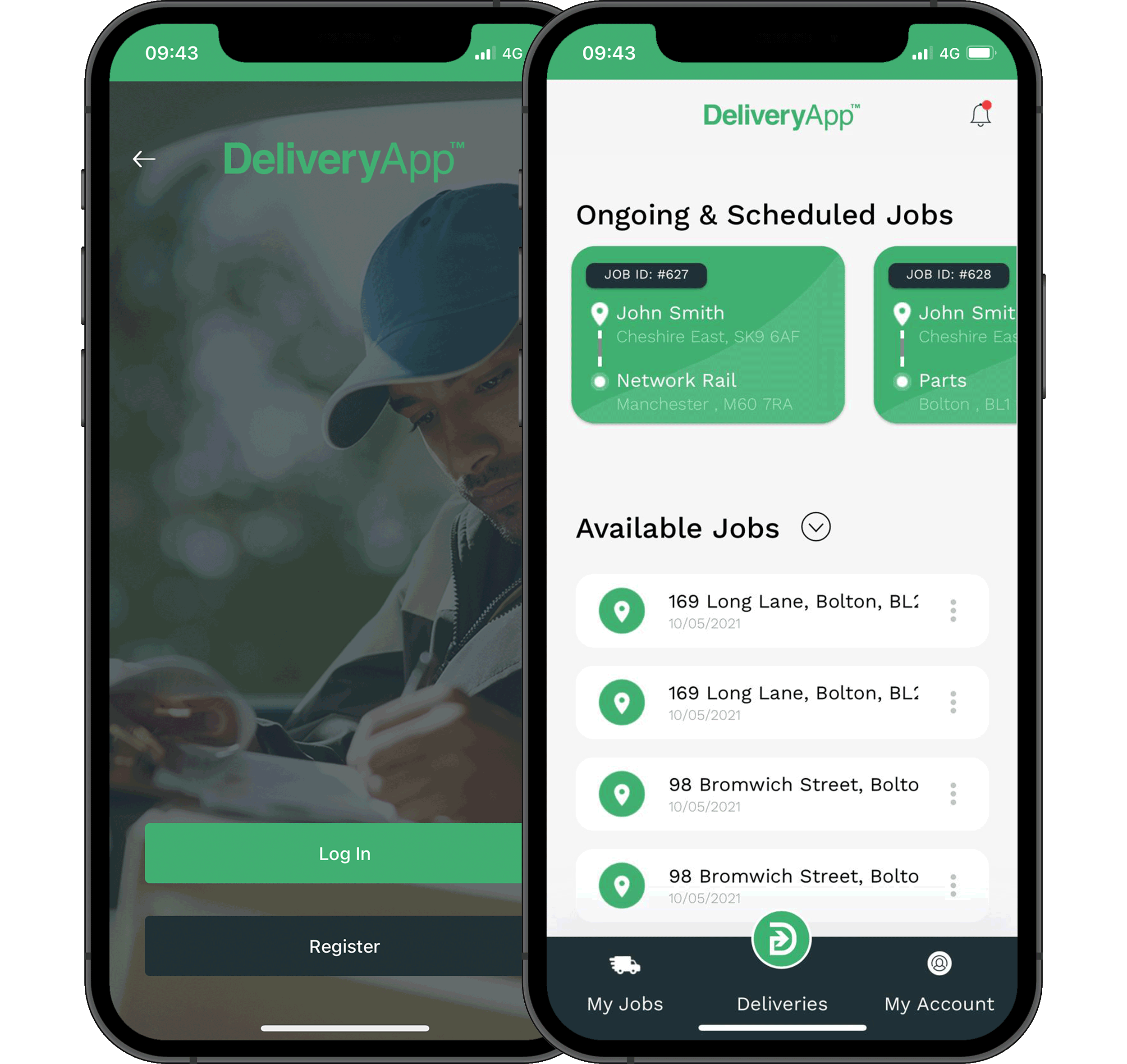